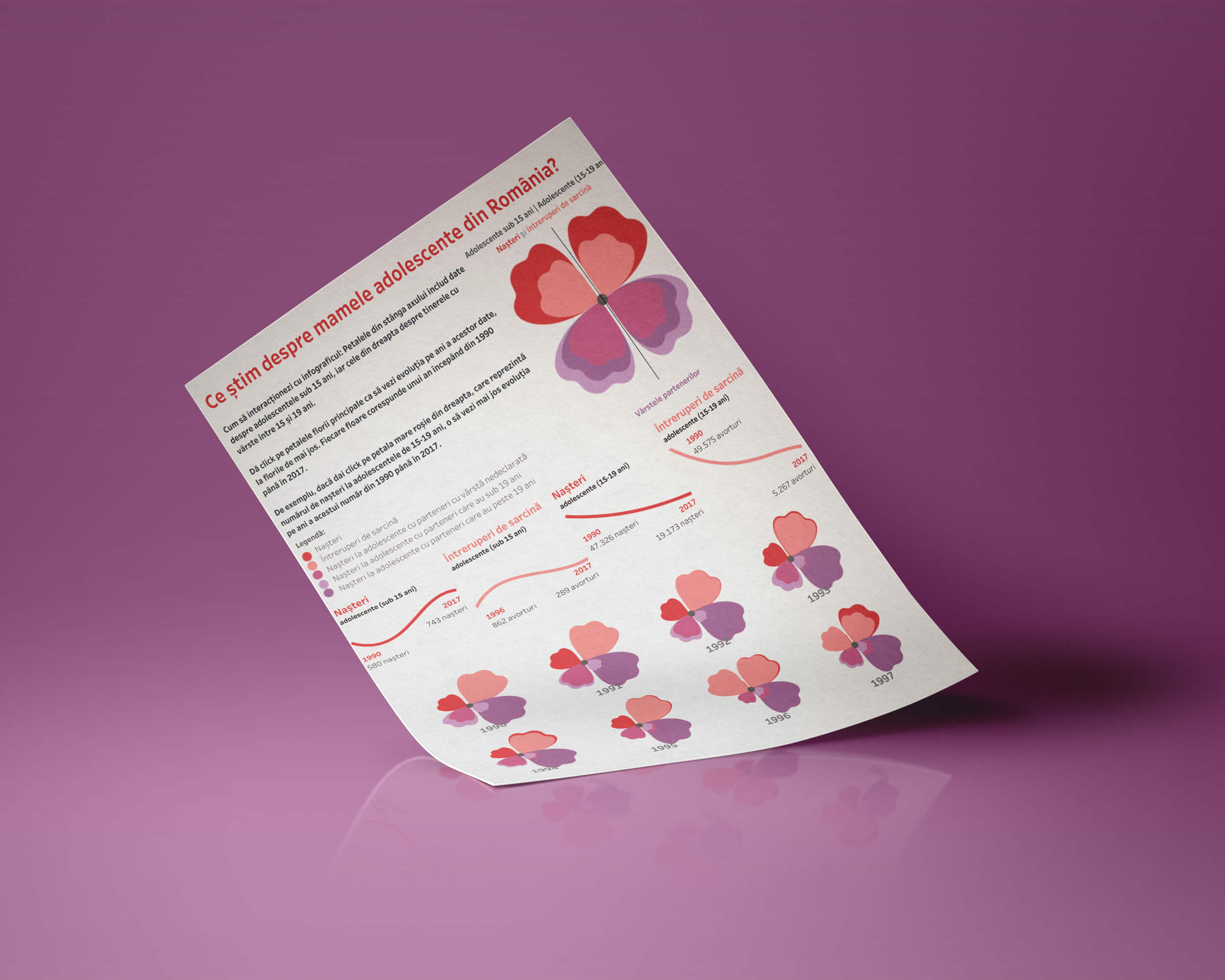 Romania has the highest percentage of births among women under 20 in the European Union: 9.9% of the total number of births, compared to the EU average of 2.8% in 2016. And it’s not just another negative statistic about Romania. Very young motherhood leads to child abandonment, school dropout and subsequent risk of social exclusion, according to the National Health Strategy 2014-2020.

40% of underage mothers say that their income is not covering basic needs, according to a survey made by Save the Children. The same study shows that running water supply is not available in over 60% of households with underage mothers.

Together with Diana Meseșanu from Scena9, we tried to outline a portrait of these mothers-children, based on statistical data. We used two data sets: one from the Ministry of Health and another one from the National Institute of Statistics. However, we were amazed by the discrepancies between the two data sets. 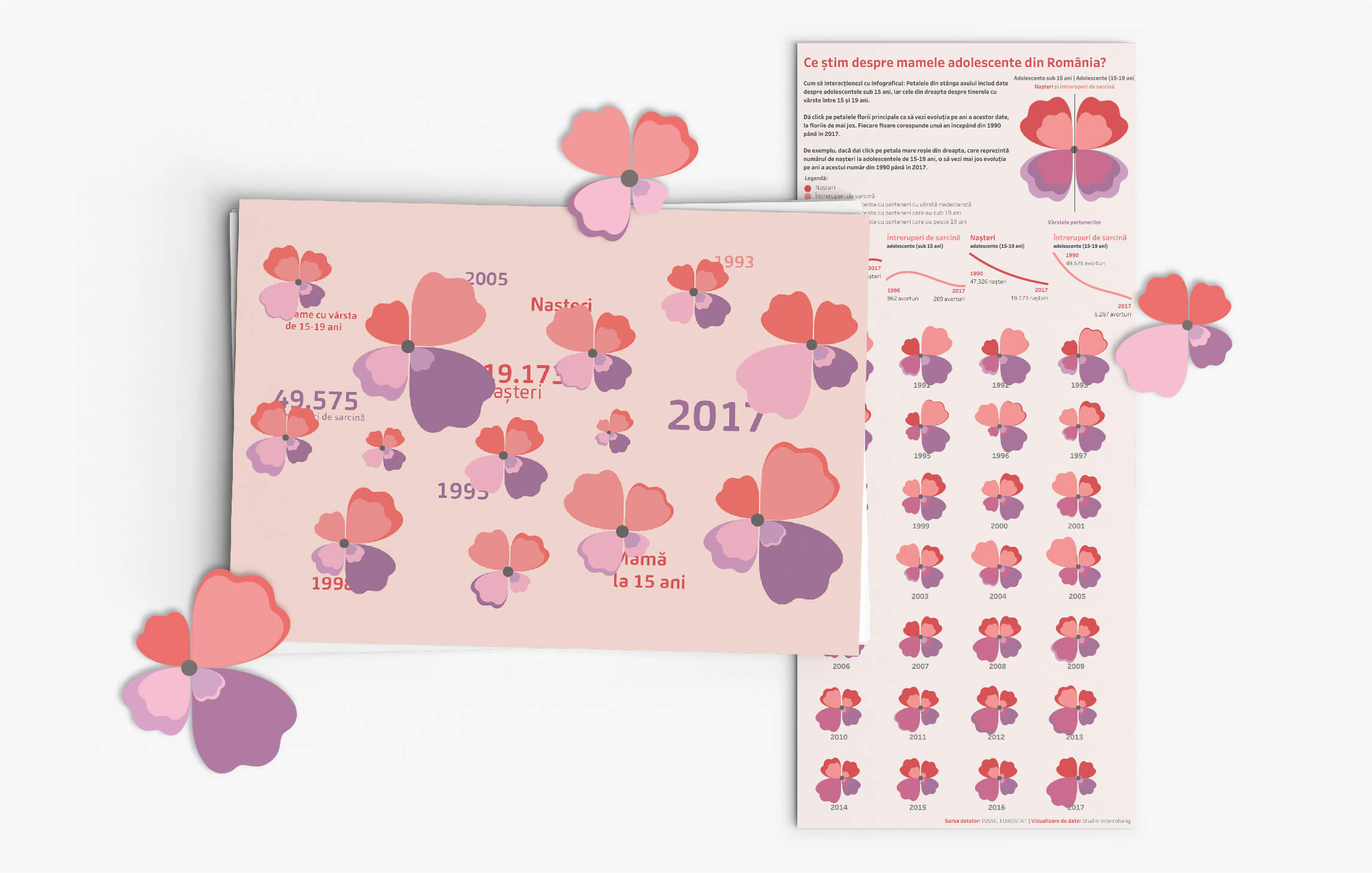 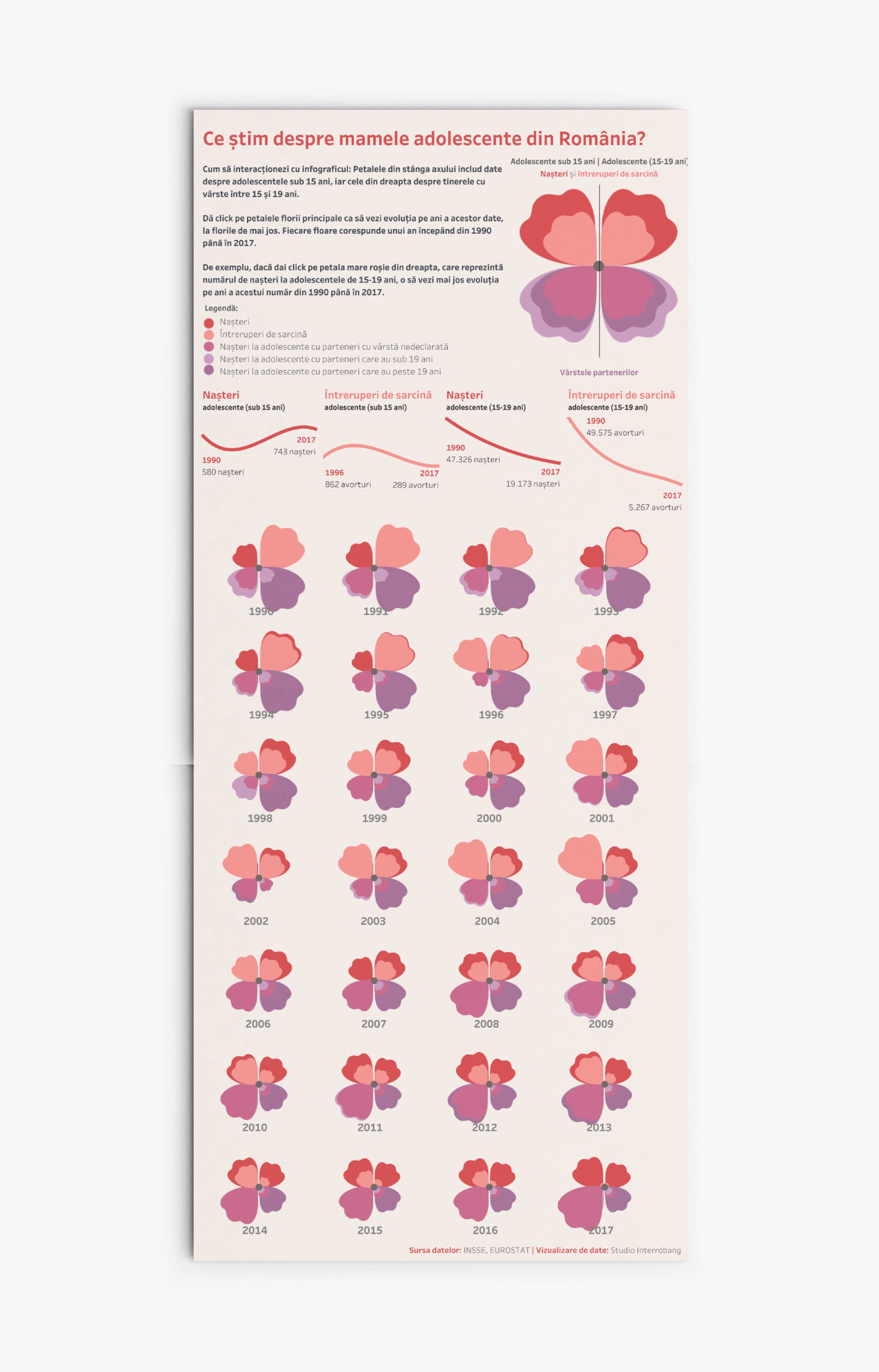